Developer Rebellion has unleashed a new trailer for Sniper Elite 4.  You can check it out right below:

As well the Season Pass details have been unveiled.  It includes the following:

As previously announced, all new multiplayer maps and modes released after launch will be FREE for the whole community. 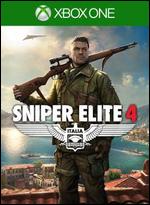