Warner Bros. Interactive have succumbed to the world of rumours and leaks and they have confirmed Middle-earth: Shadow of War, the sequel to Middle-earth: Shadow of Mordor is comign to both the Xbox One and Project Scorpio as a play anywhere title. The game is developed by Monolith Productions and will feature an original story with the return of Talion and Celebrimbor, who must go behind enemy lines to forge an army and turn all of Mordor against the Dark Lord, Sauron.

In Middle-earth: Shadow of War, players wield a new Ring of Power and confront the deadliest of enemies, including Sauron and his Nazgul, in a monumental battle for Middle-earth. The open-world action-adventure game is brought to life through the expansion of the award-winning Nemesis System. The robust personalization from the first game is now applied to the entire world where the environments and characters are all shaped by player actions and decisions, creating a personal world unique to every gameplay experience.

We hope to have more on the game as more information is released, until then you can check out the announcement trailer below: 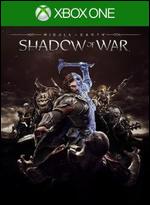