This voxel based game is set to release on the Xbox One in mid-March. What is this game you ask? 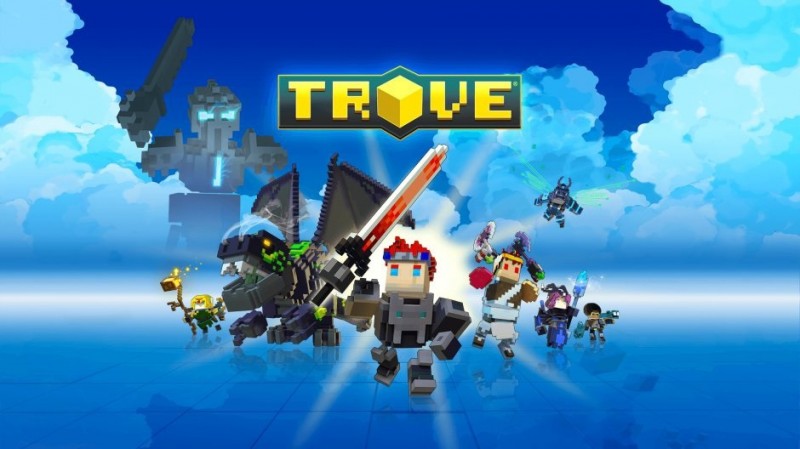 Trove is a free-to-play action RPG and MMO with a big dose of creativity and exploration. Adventure in procedurally generated worlds with friends, delve through dungeons for epic loot, and then return to your home world to build a monument to your creativity and power. Ever since the developers first played Trove on a controller, they’ve been dreaming of bringing it to consoles, and they’re proud to say that launch on Xbox One is just around the corner.

The backbone of Trove is adventure, with 14 classes that you can level up, gear up, and power up. You can swap between them at any time, be it PvE or PvP, and each has its own set of unique abilities. And in addition to the ever-evolving worlds to explore and conquer, the dev-team wanted to provide players with the tools to create.

While what is mentioned above makes up the core of the gameplay, the developers note that Trove is really all about the community. Starting with our very early testing of Trove on PC, we’ve been absolutely amazed by the talent and passion of our streamers, content creators, and gamers.

It will be interesting to see what this game holds as we get closer to the launch date.