Momodora: Reverie Under the Moonlight Coming to Xbox One

Momodora: Reverie Under the Moonlight explores a cursed land in decline. Evil spreads, the dead rise, and corruption reigns. Hope is but a faded memory for all but one, a priestess named Kaho from the village of Lun. An audience with her majesty, the queen, would surely save the land-but time is short and each night darker than the last.

The Moonlight is the fourth entry in the Momodora series, a side-scrolling platformer focused on action gameplay, with melee combos, dodge mechanics and a plethora of items and spells to unleash upon your enemies. Play casually for the rich setting and mysterious story or crank up the difficulty to run your reflexes through a truly brutal gauntlet.

This interestingly titled game is right around the corner and we hope to have more as the launch date arrives. 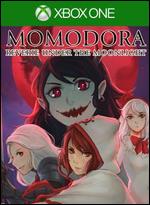