KOEI TECMO America has announced the upcoming western release of : Fame and Strategy Expansion Pack, an extensive content expansion for the historically-inspired strategy epic set in second century China. It is set to arrive on April 25, 2017 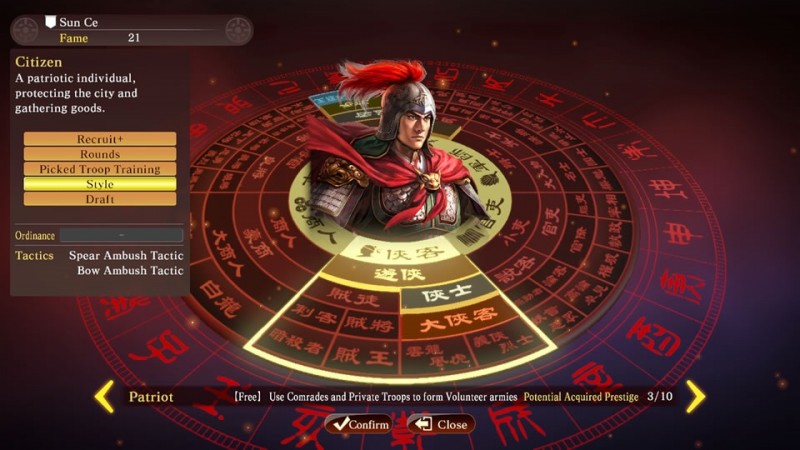 What is special about this is this fact is that the game, and the just announced expansion pack, is set to arrive on the Xbox One for the first time.  Gamers on Xbox One will be able to experience the strategy series as a digital bundle including both Romance of the Three Kingdoms XIII and the Fame and Strategy Expansion Pack.

Romance of the Three Kingdoms XIII: Fame and Strategy Expansion Pack introduces new mechanics to the series that allow for greater strategic possibilities. One of these additions is the Fame System, wherein players work towards receiving bonuses for their characters by completing achievements, which range from battlefield objectives to peacefully resolving disputes. Players can also earn a Prestige title for their character through the Fame System, which will unlock new actions based on their Prestige level and ultimately shape life as an officer.

Also arriving with the new expansion is the War Council, which is held before engaging in battle. With this feature Generals are able to choose which Officers will follow them into combat and which strategies they will apply to outsmart their opponent. Furthermore, players will now be able to create their own scenarios with the Event Editor. This tool allows unique narratives to be crafted within second century China and offers full control over when Events take place, which officers are affected and whether there will be multiple outcomes.

On top of these engaging gameplay elements, players will be able to utilize a wide range of strategic options and kinds of warfare from the base Romance of the Three Kingdoms XIII game. Players can partake in open field, narrow pass and naval battles, duels, or exchange weaponry for words and enter debates. Each battle is brought to life with stunning detail alongside environments that provide better views of the field and support quick and efficient changes to battle strategy. Outside of combat, the Civic Development system provides the option of developing Commerce, Farming and Culture, which can give a variety of boosts to an army’s loyalty and strength. Finally, securing allies and forming strong relationships through the Bond system is key to receiving aid in tight situations, allowing the tides of battle to be turned in the player’s favor.

So, like the game, the above information is deep and full of things that make for a deep and complex read. We hope to have coverage of the game for you readers here at XBA.