MotoGP17, the videogame dedicated to the 2017 world championship season and developed by Milestone has been given a releasse date as well as some gamplay dtails. It will be available on July 11 on Xbox One.

MotoGP 17 will be available exclusively at GameStop in the United States and participating retailers in Canada and Latin America. Pre-orders will give players access to the MotoGP  17 - Credits Multiplier helping them reach the top of the MotoGP™ Championship. MotoGP 17 will also be available for digital download.

The 2017 edition of the official MotoGP videogame brings all the adrenaline and need for speed of the new motorbike world champion with it. The title will include all the 2017 riders, teams and tracks; the new rules and the Red Bull Rookies Cup championship. This edition will reach 60 FPS for the first time, guaranteeing unprecedented performance and extreme enjoyability for the end user.

For now you can feel free to check out the announcement trailer below while you get ready to rev your engines: 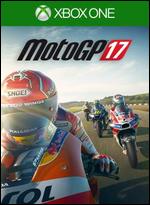