A brand-new gameplay mode and a variety of graphical enhancements are included in the Xbox version of Silent Hill 2. Read the first details and see screens from the Xbox-exclusive mode.

Konami of America has detailed the specific extras that will be included in the Microsoft Xbox version of Silent Hill 2. When starting a new game, players can choose from the main scenario, titled Letter From Silent Heaven, which is essentially the same as the PlayStation 2 game, and a new Xbox-exclusive mode, titled Sub Scenario: Born From A Wish. In this extra mode, players will assume the role of Maria, the mysterious woman whom James Sunderland, the lead character of the game, initially meets in Silent Hill. Born From A Wish, which adds about four to six hours of gameplay, will play out the story of Silent Hill 2 through the eyes of Maria, thus explaining specific details that are left unanswered in the main scenario and providing a second perspective on the events of the game. 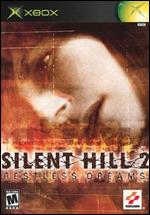 Xbox one no signal
Post by debrartin
0 Replies, 38714 Views