RiME is Now Available for Your Gaming Enjoyment

RiME, a gane that was once touted to be a PS4 exclusive, but then turned multiplatform, has been released as a physical and digital title on the Xbox One.

Experienced through the eyes of a young boy shipwrecked alone on a mysterious island, RiME delivers an emotional journey of exploration and discovery. The game takes inspiration from a variety of sources, including literature like The Little Prince, the films of Studio Ghibli and Ray Harryhausen, the art of Joaquín Sorolla, and the gorgeous terrain of the Mediterranean coast. Players will encounter wild creatures, ancient ruins, forgotten secrets and thoughtful puzzles that play with light, sound, perspective and even time itself. 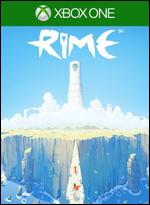