Kholat Coming to Xbox One in June

On June 9th this year, Xbox One owners will also get the chance to experience the chilling, dread-filled atmosphere of the Ural Mountains and discover a story based on actual events that took place 58 years ago as Kholat is finally coming to Microsoft’s console. On June 9th this year, fans of horror and unsolved mysteries will be able to purchase Kholat from the Xbox Store for $19.99 USD, but that’s not the end of the good news! A week before launch on June 2nd, pre-orders for the game will start.

Kholat is an FPP storytelling/experience game with horror elements developed by independent studio and global publisher IMGN.PRO. The title is inspired by the true events of the “Dyatlov Pass incident”, which took the lives of nine Russian students who went on an expedition in the northern Ural Mountains. The team never reached its goal, and the entire crew died in strange circumstances that have yet to be explained. The mystery has given rise to many theories and much speculation. In Kholat, gamers follow their own path, gradually sinking into the hostile environment. There is only one objective – to find out what happened. Everything is tied together by the fantastic narration by Sean Bean.

So there you have it adventure horror fans, a game that might just be up your alley is finally headed to the Xbox One. 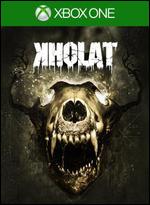