Dress up for a chance to appear in House of the Dead 3!

Know what you’re going to be for Halloween this year? Have you considered dressing up as a freaky, moldy, back-from-the-dead zombie? What if you were told that by donning the grossest decaying clothes you can find, you could join the ranks of the immortal and become a character in The House of the Dead 3?

Sega and The House of the Dead 3 are prepared to open our doors to the minions of the dark, as we get ready to celebrate Halloween and all things terrifying. We invite you to create and wear an original zombie costume, take a picture, and write a short explanation about what would make you such a scary video game zombie. Send that picture to the creepy folks at Sega HQ (via e-mail or U.S. mail), and the most horrifying creature of the night will be turned into a member of the walking dead, Sega-style. 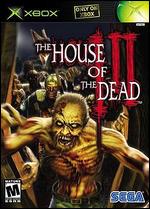