E3 VIDEO - Debut of Ori and the Will of the Wisps

A sequel to Ori and the Blind Forest was announced, and it surprised everyone who saw the debut trailer.

Created by the same team that worked on the first game you will embark on an all new adventure to discover the mysteries beyond the forest of Nibel, uncover the hidden truths of those lost, and unravel Ori’s true destiny. 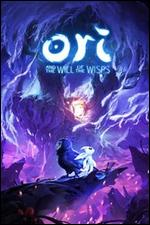