New Exclusive Items and Bonus Robux in Roblox on Xbox One

For those who may be new to Roblox, or looking to get back into it, there are some new items and ’packs’ being offered. The dev-team is debuting two brand-new starter packs featuring all the essentials you need to start powering, or even repowering, your imagination. Both packs include the Roblox app itself, an Xbox-exclusive avatar outfit, and bonus in-app currency.

The Trendy Tycoon Starter Pack and Fashionista Starter Pack for Roblox on Xbox One are now available from the Xbox Store at a special price of $9.99 for a limited-time only. 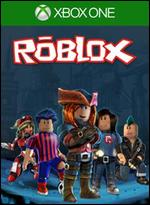