Williams has become the latest team to have iconic cars recreated in F1 2017. Two of their well known cars from the 90’s joins the roster of classic F1 cars.

F1 2017 features an even deeper career mode, numerous multiplayer enhancements, and a brand new ‘Championships’ game mode as well as the return of classic cars. Both the 1992 Williams FW14B and the 1996 Williams FW18 will be playable in F1 2017 when it releases worldwide on August 25 2017.

To date, and including the two new Williams cars, there have been a total of 8 classic cars announced, with 4 more to be unveiled. Here are the 8 cars announced so far: 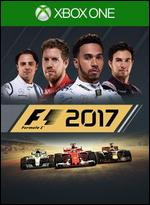