Looking for a Marvel game that is a bit different, well Marvel Heroes Omega is now on the Xbox One, a game that is considered a mis of action-RPG mixed with some good old MMO gaming.

What is the premise of this latest superhero game you ask?  Well, Marvel Heroes Omega assembles one of the largest gatherings of iconic Super Heroes, Villains, and locations from the Marvel Universe in gaming history. Band together with fellow adventurers in Earth’s mightiest Action-RPG, take the fight to Doctor Doom in an epic nine-chapter story campaign, and experience your favorite Heroes, including Captain America, Iron Man, Spider-Man, Wolverine, Deadpool, and more!

Some of the game features are as follows:

So Marvel fans, what are you waiting for, hit up this great looking title now. 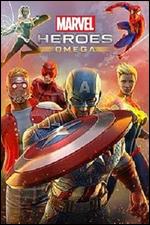