Looks like a new action-RPG has hit the Xbox One in the Game Preview Program as Ghost of a Tale from SeithCG is now available for early play.

In the game you play as Tilo, a mouse and minstrel caught up in a perilous adventure. The story takes place in a medieval world populated only by animals, and puts an emphasis on immersion and exploration. It features disguises, conversations with allies and enemies, and quests.

It’s a non-violent game in that you’re not required to kill any other characters to progress. That’s not to say the game is devoid of danger though. Indeed, you’ll be able to explore the secrets of Dwindling Heights Keep and navigate its traps. Tilo is not much of a fighter though, so stealth and nimbleness are your allies when confronted with enemies twice your size. 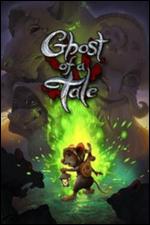