From 2K and Hangar 13, Mafia III: Sign of the Times – the third DLC for Mafia III – is available now.

Sign of the Times introduces a new mysterious threat as Lincoln Clay is pitted against a violent group of cultists called The Ensanglante. Players will deploy new investigative gameplay tactics, as well as new weapons and combat abilities, including throwing knives and slow-mo shooting, to rid New Bordeaux of the insidious threat.

In addition to dismantling the Ensanglante in the new gripping storyline, Mafia III: Sign of the Times also allows players to restore Sammy’s bar to its former glory and beyond, symbolically completing Lincoln’s story of redemption.

You can check out the trailer for the new DLC below: 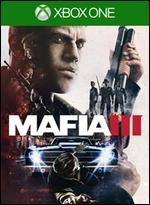