SOEDESCO has announced that they are working on a new title. Real Farm Sim. This is the third original SOEDESCO IP. The game will release both boxed and digitally on Xbox One and PC in Q4 of this year. There will also be an Xbox One X version available soon.

The SOEDESCO mission is to publish games for everyone and with Real Farm Sim the publisher is adding yet another genre to its IP portfolio. Previous first party titles include action adventure Adam’s Venture and music-themed RPG AereA.

You want to know what this game will entail? Well, check out the short teaster trailer below that just let you know it’s a game that is coming: 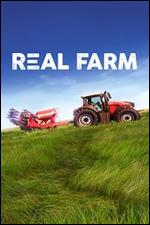