Warner Bros and DC Entertainment ushered in the newest addition to the Injustice 2 character roster: the ultraviolet ray-wielding heroine Starfire, who DC fans will recognise as a prominent member of the Teen Titans.

Check out the video below of this newest fighter in action: 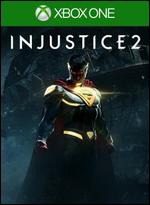