Surf World Series has been released for the Xbox One. It is priced at $14.99.  Want to check it out before hand> Well you can, as there is a free demo version of Surf World Series also available.

So wadda think, time to "Shred some waves dude?". 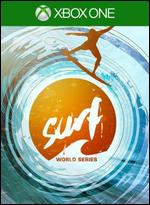