Planet of the Eyes Released for Xbox One

Looking for a new puzzle game that has adventure as well? Planet of the Eyes has been released on the Xbox One, allowing gamers to play this indie title on Microsoft’s Xbox One console.  As a finalist in the Canadian Video Game Awards, this puzzle adventure game makes it’s way to the Xbox One at a price of $9.99, and if you are an Xbox Live Gold member, you’ll get 20% off the price.

Planet of the Eyes takes players on an atmospheric journey as a lone robot through a mysterious planet. Guided by audio logs left by another survivor and an immersive original musical score, players will encounter a stunning visual mix of puzzle and platforming challenges that will spirit them away on their exploration of an unknown world filled with danger.

You can check out the trailer below to get a sense of what the game is all about: 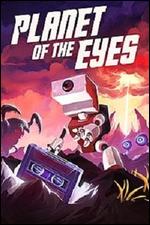