SEGA also revealed today that there will be an Episode Shadow add-onavailable starting on launch day. The Episode Shadow add-on focuses on the mysterious backstory between Shadow and Infinite and includes an additional three Shadow stages plus the ability to replay as Shadow in over 10 Modern Sonic stages. As a thank you to fans, the Episode Shadow add-on will be FREE to everyone who purchases Sonic Forces, including those that have already pre-ordered the Physical Editions. On top of that, if you pre-order the Digital Bonus Edition, you’ll also receive a Shadow costume for your Hero Character.

Want to see Shadow in action? Check out the trailer below: 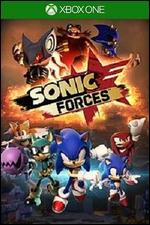