Thrustmaster seems to have heard those gamers out there on the Xbox One who want to ’fly the skies’ with precision and a little ’realism’ added.  With that in mind  Thrustmaster has decided that a flight oriented joystick will allow many gamers on Xbox One (and Windows platform) to experience Thrustmaster’s extensive flight simulation expertise as they announce the T.Flight Hotas One. 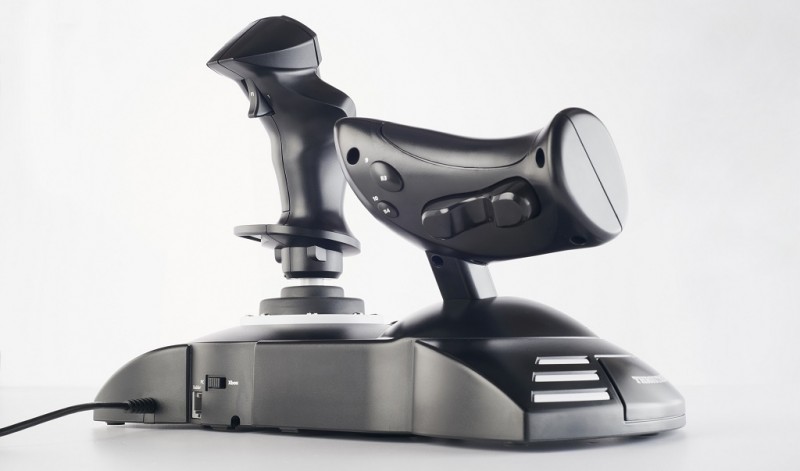 Thrustmaster claims that the T.Flight Hotas One will allow gamers to fully immerse themselves in the feeling of flight offered by today’s cutting-edge Flight Sim titles and become part of these amazing aerial worlds in a way that hasn’t been possible until now. Based on the T.Flight Hotas concept, one of their all-time bestsellers, Thrustmaster has developed a comprehensive solution officially licensed for Xbox One (and Windows platform).

Eager to deliver on the growing demand from members of this community, the team at Thrustmaster joined forces with Microsoft to create a joystick specially designed for use on Xbox One, with the T.Flight Hotas One being the end result.

Here are some key points from Thurstmaster’s announcement:

Another key feature which has helped to establish the reputation of Thrustmaster’s Hotas system is the fact that it includes a full-size throttle, which gamers can use to easily control the acceleration of their aircraft or spaceship.

The throttle is detachable, and can be used in either of two different ways:

So there you have it folks, all the information you need to know what Thrustmaster has in store for those people on the Xbox One who are craving a flight stick.