Song of Horror is a cinematic third-person survival horror. Help Daniel Noyer, our protagonist, solve a mystery threatening his very existence by controlling not only him, but up to 16 playable characters.

The game focuses on its narrative, featuring a story influenced by horror masters such as Poe, Lovecraft and M.R. James; on The Presence, the game’s relentless AI, capable of procedurally generating dangers of all kinds, and on the permanent death of its cast.
The game brings back the dread of the old-school classics along with modern and innovative mechanics.

You can check out a trailer of the game below: 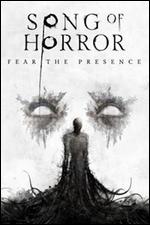