Sky Force Reloaded Coming to Xbox One in December

Today Infinite Dreams announced that Sky Force Reloaded will launch on Xbox One this year. The game is a modern, air-based shooter and a recreation of the original Sky Force - a near-perfect shoot ‘em up that was released over a decade ago

Sky Force Reloaded will please seasoned fans of the series and those who’re just about to start their adventure in the world of air-based battles with stunning 3D graphics, intuitive controls and a complex upgrade system that’ll keep all players blasting for hours on end.

Those who are ready to save the world from evil General Mantis will have to blast through hordes of enemies in the extensive Single-Player campaign; upgrade their ship with devastating power-ups, fight gargantuan bosses and blow up a ton of nasty enemies, including choppers, fighters, tanks, and turrets, or risk everything to save civilians.

Completing the main campaign won’t be the end of the adventure - players can invite their friends and enjoy the game in Local Co-op mode, fulfill additional goals like completing a mission without a scratch or rescuing all civilians, and finally, they can compete with others by participating in weekly tournaments that take place on unique new levels, updated every 7 days. But is the victory worth more than honor? Winning is not all; players can also be rewarded for rescuing other pilots who’ve already been taken down. 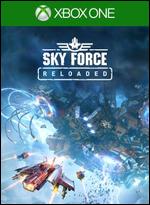