The start of December looks to be a good one as Microsoft adds even more games to their Game Pass program.  But, what are those games you ask?  Well, they are as follows: 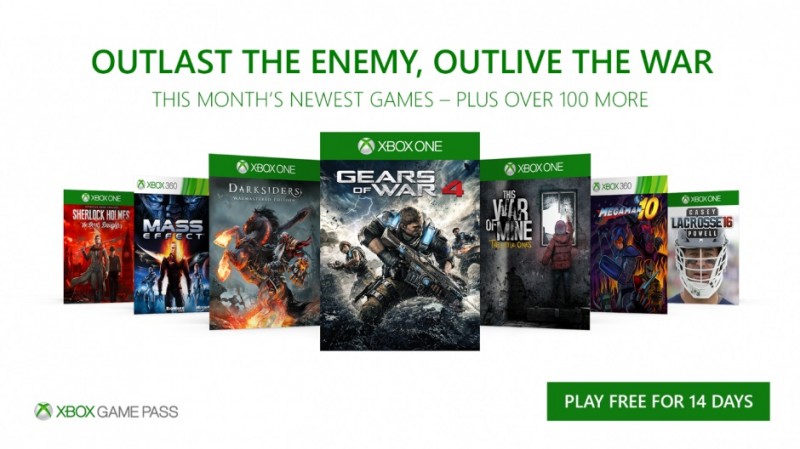 This War of Mine: The Little Ones

Microsoft also announced that form November 17 to November 27 that Xbox One Owners can get the first month of the Game Pass for only $1. Yes, that is $1.  The Game Pass can also be gifted for a friend or family member should you wish.

So, for only $1 you can check out, or have others check out, over 100 games to play, and we here at XBA think that is not a bad deal at all.