Enter the arena with Monster Energy Supercross - The Official Videogame, and compete in an intense off-road motorcycle championship that fully immerses you in the excitement and energy of the race.

Featuring innovative track design and set within prestigious stadiums, the game is the most realistic and immersive Supercross fan experience ever. Get ready to race with your favorite Supercross athletes on tracks from the 2017 Monster Energy AMA Supercross, an FIM World Championship season, choosing among official riders in both the 250SX and 450SX Classes, including iconic racers like Chad Reed, Ken Roczen and the outgoing champion Ryan Dungey.

Monster Energy Supercross - The Official Videogame will be available on February 13, 2018 on Xbox One. 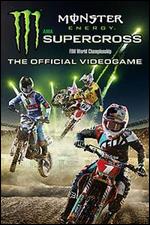