Well, it seems that Mega Man fans have A LOT to cheer about today. During the Mega Man™ 30th Anniversary Livestream Capcom revealed Mega Man 11, the next chapter in the 30 year old running series, is indeed in development.  The new game is said to feature tight side-scrolling action gameplay the series is known for while completely revolutionizing the experience for modern consoles. There was no solid release date, as Capcom announced it would be ready for the fans in late 2018.

Also announced today that all eight games from the Mega Man X series are coming to the Xbox One in Summer 2018. The X series introduced features such as powerful armor upgrades and wall-jumping, with more mature themes in this action platforming series. Fans can expect more information on these games in the coming months.

On that note, check out the 30th anniversary trailer below as Capcom highlights all of Mega Man’s games over the past 30 years, and of course you can see a sneak peek of Mega Man 11, which we have to say does look awesome: 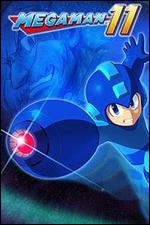