Forza Motorsports 7 is getting a new Car Pack, and it is out now.  Called the Doritos Car Pack, this DLC adds seven new cars to store in your virtual garage and use at your own will.  THey are as follows:

So, there you have it, all the cars that are included in the Doritios Car pack.  What do you think, are you going to take any one of these cars for a spin? 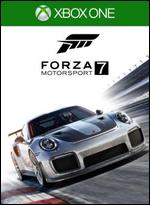