From the behemoth vegetation god Ganó, to the mantis-like race of the Seeló, Lienzo has adapted a wide range of creatures and deities for Mulaka, drawn directly from stories the Tarahumara have passed down for generations. These tales continue to be a foundational part of growing up among the Tarahumara, colouring their views of the world around them and their place in it. These oral traditions have long existed only in the minds of the Tarahumara people, however.

With approval from Tarahumara elders and working closely with anthropologists, the team at Lienzo has brought these myths to life for the first time in an interactive medium. Both in terms of their striking visual designs and impact on Mulaka’s fast-paced gameplay, each creature feels truly distinct and fits seamlessly within the game’s world.

Set against the backdrop of northern Mexico’s iconic Sierra Tarahumara landscape, Mulaka presents an action-adventure journey unlike any players have experienced before. Drawing upon the rich history of the Tarahumara people, players will encounter creatures of legend as they seek to fight back the foulness corrupting the land. Harness the culture’s fabled running prowess, learn to embody the transformational powers of the demigods, and view the world from an indigenous perspective unique to video games.

Game features include the following:

You can check out the first two Developer Diaries below for a bit more insight:

We hope to have more on this game as it continues its developmenet cycle. 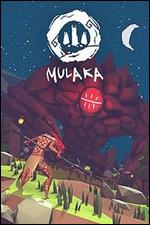