Square Enix announced that another old, and classic RPG game, Romancing SaGa 2, is coming digitally to consoles on December 15.

Originally released in 1993, the landmark title in the SaGa series has players leading the Varennes Empire in battle against the Seven Heroes. A free scenario system—a hallmark of the SaGa series—enables the player to take command of a variety of protagonists along the line of imperial succession and experience the history of a nation as it grows and changes.

Enhanced features of this remastered game include:

You can check out the announement trailer below: 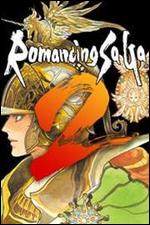