Starting today, and running till Jan. 9, 2018, players can dive into the KILLING FLOOR 2: Krampus Christmas Seasonal Update. Players are encouraged to follow the developers at Tripwire Interactive on official Twitter and Facebook channels for details on Holiday Sales and Promotions that will be announced shortly.

And on tops of that, players can also look forward to a wealth of new items, and much more in the future. So, what are you waiting for, check out the new DLC now. 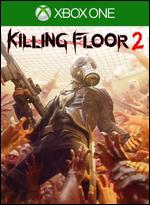