The 2D puzzle-platformer Albert & Otto is coming to Xbox One on January 10th, 2018.  Initially released on PC as the first of four planned episodes, the subsequent instalments never materialised due to insufficient funding. By bringing the first episode to console audiences, developer K Bros hopes it may be afforded the opportunity to finally complete the story of Albert & Otto as originally intended.

So, what is this game you ask? Good question. Albert & Otto is a story set in 1939 Germany about a boy and his abducted sister’s magical bunny. They embark on a journey to find her, overcoming murderous beasts and lethal puzzles by working together.

That is all we have for now.  We hope to have more information as the eventual release hits. 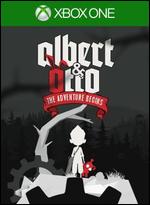