Ubisoft has announced The Father’s Calling, an exclusive Far Cry 5 figurine inspired by the leader of the Project at Eden’s Gate, Joseph Seed, is now available for pre-order on the Ubisoft Store. 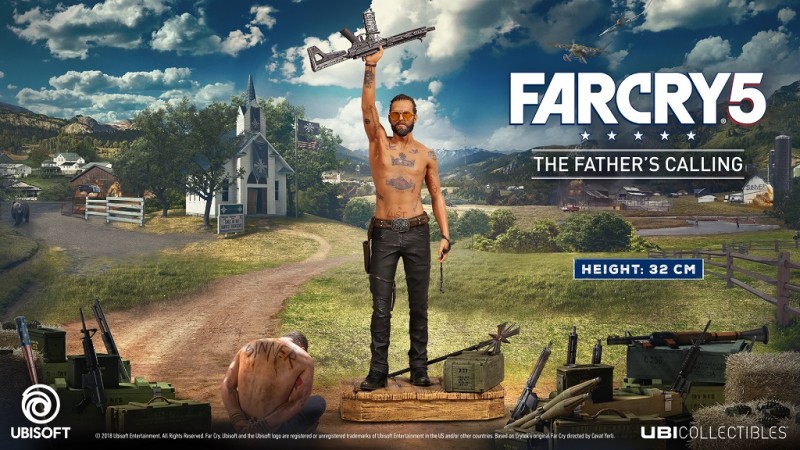 This unique collector’s item will be released on March 22nd 2018 as a standalone and is already available for pre-order on the Ubisoft Store.

In order to remain faithful to the charismatic leader of the game, Ubicollectibles has teamed up with Ubisoft Montreal studio to create this finely-detailed 32cm PVC figurine. They have chosen to represent The Father in his iconic pose; calling to his believers to defend his holy project. The Father’s Calling figurine includes a removable gun on its hand and a removable sceptre on its base.