Ubisoft announced the Far Cry 5 x Mondo Edition, featuring a set of artwork inspired by the Project at Eden’s Gate, is now available for pre-order exclusively on the Ubisoft Store. 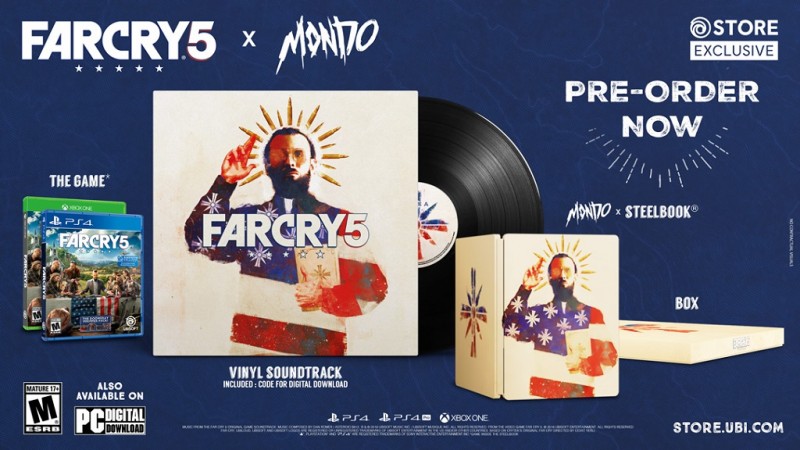 What is the Mondo Edition you ask?  Well, let us shed a little light on that for you.  Ubisoft has teamed up with Mondo, a collective of artists known their unique graphic take on movie poster art, to create an exclusive collection, which includes the following itemsart piece that highlights the deviously captivating power that Joseph Seed and the Project at Eden’s Gate hold. The Far Cry 5 x Mondo Edition also includes:

The Mondo Edition is limited to 4000 units worldwide and is already available for pre-order on all platforms for $129.99 exclusively on the Ubisoft Store. You can click on the link HERE to take you to the store and a chance to purchase it.  Ubisoft also announced that fans who will pre-order the Far Cry 5 by Mondo capsule edition, will receive the unique Doomsday Prepper Pack and the Chaos Pack, which include a set of cosmetic and consumable items to be used as players lead the resistance against The Project at Eden’s Gate..