It looks there is a new game in town, and that game goes by the name Full Metal Furies from developer Cellar Door Games. It is a game that is launching on the Xbox One first, and it is also a Play Anywhere title, so you can continue to play on your PC should you wish.

Although the dev-team classifies the game as an Action-RPG, they also take great pride in the fact that a big part of it’s gameplay style is such that they also consider it a game that is a refined brawler, something that they set out to do from the get-go.  They didn’t want fans of "old school" brawlers to think that is what it is though, hence the Action-RPG term.

Developer Cellar Door Games has been making games for awhile, and this is their ninth title; however, they state that it is a game that has a lot of firsts for them, such as their first multiplayer game, their first game with online functionality, their first attempt at a brawler, and their first game that consists of a heavy narrative.  In the end, they truly believe that they have perfected the brawler gameplay and that fans of games as a whole will be happy.

We hope to have more about this game, including a review, as soon as we can. 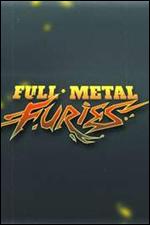