Indie French developer and publisher COWCAT  has announced that the game Xenon Valkyrie+ is headed to Microsoft’s current console for gamers to enjoy.

Xenon Valkyrie+ is a roguelite platformer game with RPG elements. It features old-school gameplay, pixel art and quality chiptune music. This is a revamped version of "Xenon Valkyrie" from developer Diabolical Mind (Daniel Fernandez Chavez) originally released on PC, and it is said to have major gameplay improvements, translations and additions exclusively for the consoles!

Obtain many weapons as you fight through a unique, randomly-generated world every time you play. Encounter many characters, stores and enemies that tell a legendary story. Level up and get the amazing power of the Xenon Valkyrie.

You can check out the trailer below for a hint of what to expect from the game: 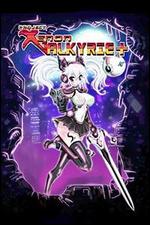