Simply put, Destiny 2 has hit a few ’bumps-in-the-road’ when dealing with issues raised by fans. If it wasn’t a concern about throttling people when leveling up to putting content behind paywalls, Bungie just can’t seem to catch a break with gamers.  Well, it seems that they are looking to make some changes and have provided a "developement roadmap" for people to see.

This map lays out some of the plans over the next few months in terms of updates and fixes.  There is not much more to say then to say "Look at the below for more details": 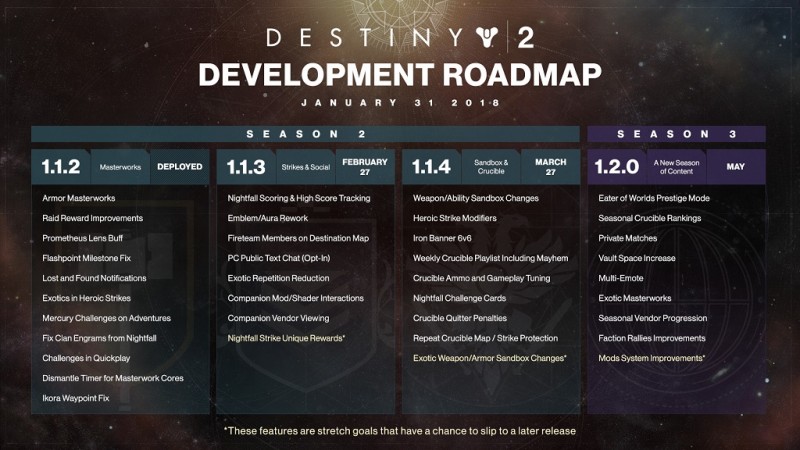 So the big question remains, will it be enough? Well, we here at XBA know a lot of people who have stepped away from the game, and won’t return, so who knows what Destiny’s future holds.