Well it’s official, as Surviving Mars, the upcoming management strategy game from publisher Paradox Interactive, is being released on March 15, which is sooner than later.

As a refresher, Surviving Mars will put players in charge of planning, designing, and maintaining a sustainable colony on the red planet, and players will be able to undertake this mission next month on the Xbox One. Pre-orders will begin later this month, allowing aspiring Martians-to-be the chance to be among the first colonists and collect in-game pre-order bonuses. Surviving Mars will be available starting at a suggested retail price of $39.99.

It was also announced that players can look forward to ultra-high-definition visuals for their missions, with 4K support offered on the Xbox One X.

Well, that is all we have for now. As an end to this news, you can check out the announcment trailer for the release date below: 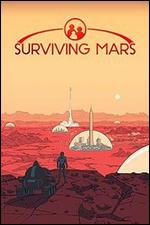