The ispace shoot ‘em up RiftStar Raiders puts shooting, looting and spacecraft customization center stage for teams of up to 4 players and will launch February 28 to the Xbox One. RiftStar Raiders will retail for $19.99. The game wiill also feature a 20% pre-order discount for Xbox One owners in Europe.

To celebrate the upcoming launch, developer Climax Studios and publisher Vision Games Publishing will release a free, Trial Version of RiftStar Raiders on the Xbox One February 7 on the Xbox One. It’s a sneak peak of both the single player and cooperative multiplayer.

The story of the game involves the outer reaches of deep space, the Spiral Arm galaxy is under threat. The WarSwarm, a deadly AI hive mind, is seeking to destroy and conquer the known universe, and it’s up to the players to save the day. As the Federation’s most infamous outlaws, Raiders are enlisted to team up, using their guile, guts, and guns to protect the galaxy…and turn a tidy profit in the process.

For those who are curious, some of RiftStar Raiders key features are:

You can check out the trailer below for more of an idea of what the game is: 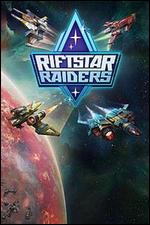