Koei Tecmo’s Dynasty Warrior series has a long history, and that history has gotten even longer, well, bigger that is, as the ninth game in the franchise is available now. Dynasty Warrior 9 has been released on the Xbox One.

So, what does the ninth game bring. Well, players will explore China during the waning and chaotic days of the Han dynasty and the emergence of conflict leading up to the Three Kingdoms era. Setting out to complete various objectives, players will traverse an unprecedented open world map to navigate a variety of different landscapes; ranging from vast plains to snow-covered peaks presented with dynamic day, night and weather cycles. Closely following real historical events and figures, this new title will see the player following the personal struggles and progression of their chosen character through the completion of both key and secondary events, which can be reached in a myriad of ways. Experience the story through 90 characters from the Dynasty Warriors series - 83 making a return and 7 new faces joining the fight.

Want to know more? Well, how about a trailer for you to get a good sneak peek at what to expect? We got you covered on that too, as you can take a look at the trailer below: 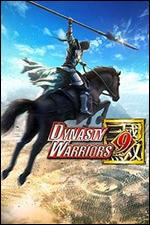