The Don't Starve Mega Pack Arrives at Retail in April

Independent publisher 505 Games and developer Klei Entertainment has announced the Don’t Starve Mega Pack, which includes the original Don’t Starve experience, the Don’t Starve Together multiplayer add-on and the game’s expansions. This Mega Pack will be arriving to retail stores April 17 in North America.

Budding survivalists can also look forward to great savings as the Don’t Starve Mega Pack is priced at $29.99, a 25% discount over purchasing the game and individual expansions separately.

So, they’ve announced a pretty big edition, content wise, but what is the game about you may ask? Well, we may just have that answer for you.

In Don’t Starve, players take on the role of Wilson - a Gentleman Scientist who is trapped in a mysterious world by a demon – and must learn to exploit their environment and its inhabitants in order to return home. Contending against randomly generated worlds filled with dark and eccentric visuals and a full range of environmental hazards that only a full year of seasons can bring. To survive, players must explore the world to discover its’ mysteries, gather a variety of resources and craft items and structures that match their survival style - all without instructions, help or hand-holding.

Console survivalists will receive exclusive features such as split-screen local co-op so they can grab a controller with a friend and explore the depths of the wild together without connecting online.

So there you have it folks, no more for us to say on this. 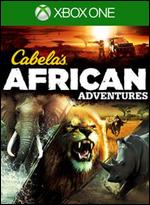