Bombslinger Coming to Xbox One in April

Ever heard of a game called Bombslinger? Well, neither have we...until now. This action-maze game that is said to be filled with more explosives than a whiskey-fueled Fourth of July, is coming to the Xbox One on April 11, 2018.

Developer Mode4 will keep the classic penny-arcadey four-player free-for-all game mode the ’bomb throwing genre’ is known for, but they say they are reimagining the solo adventure with procedurally generated levels, character progression with skill upgrades, and a variety of offensive and defensive items, all while telling a tale of revenge that is right at home in the Wild West.

You want more details? Well, we have a bit more foryou. The story follows the Bombslinger, a ruthless bandit turned peaceful rancher on a quest to avenge the murder of his missus and destruction of his ranch at the hands of his brother, the Gunslinger. You can check out the trailer below to get more of an understanding of what Bombslinger may offer. 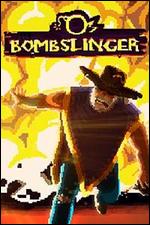