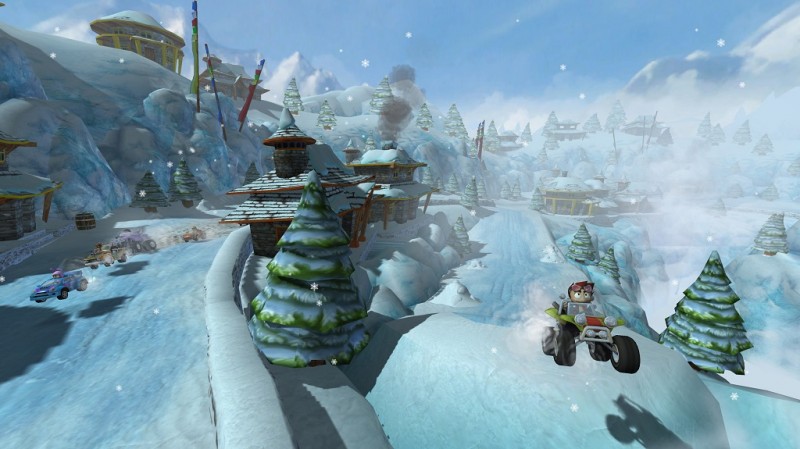 Quick history lesson. The first Beach Buggy Racing introduced over 70 million international mobile players to console-style kart-racing with a playful off-road twist and eventually made it to console, the Xbox platform included. With the sequel, Vector Unit has upped the ante with a ton of new content, upgradeable powerups.

With over 50 powerups to discover and upgrade, Beach Buggy Racing 2 is said to add a layer of strategic depth to the classic kart racing formula. Players collect abilities like "Chain Lightning", "Donut Tires" and "Killer Bees"; customize strategic load-outs of powerups, cars and characters; and then test their skills and abilities online against other players from around the world.

Although the game is slated to release on mobile this summer, a ’premium’ version is being developed for console, and is slated for release sometiime in Fall 2018.