9 Monkeys of Shaolin Announced at GDC

While at GDC this week, independent video game developer Sobaka Studio and publisher Buka Entertainment officially announced their partnership on development of 9 Monkeys of Shaolin, a new multi-platform old-school beat ‘em up powered by Unreal Engine 4.

The studio behind Reedemer unveiled an announcement trailer for 9 Monkeys of Shaolin, which sets the mood and universe of this unique IP and promises to offer a new deeply immersive steeped Brawler experience in Medieval China setting.

The game is said to be an intense top-down, close-quarters action game where you will punch and hack your way through enemies using basics of ancient martial arts only mastered by legendary Shaolin monks! 9 Monkeys of Shaolin will be released Fall 2018. You can check out the announcment trailer right below: 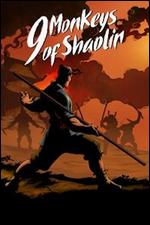