Aftercharge to Allow Cross-Platform Play between Xbox One and PC

Aftercharge has been announced for the Nintendo Switch. You are probably wondering why this means anything to an Xbox Centric website. Well, Canadian developer Chainsawesome has also announced support for three-way online cross-platform play between Nintendo Switch and the previously announced Windows PC and Xbox One Aftercharge versions. Now do you see why we are covering this?

So, what is Aftercharge? Good question. In Aftercharge, six glowing structures called extractors are at the center of each match and serve as the objective for both teams — the attacking Workonics droids and the defending Enforcers guards. Choose from a total of eight unique characters, each with their own attacks, defensive abilities and weapons for a variety of tactical options. Although the objective of the game is simple, Aftercharge’s team-based gameplay relies heavily on strategy and stealth, where every player is vital to obtaining victory. 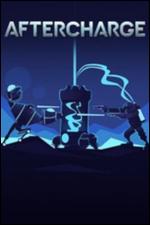