The game audio industry hit a high note on March 22nd with the presentation of the 16th Game Audio Network Guild (G.A.N.G.) Awards in San Francisco. The event takes place annually during the Game Developers Conference, one of the world’s largest annual game conferences, and it is attended by over 400 game audio professionals and enthusiasts from around the globe. The awards were given out for games released between January and December 2017. 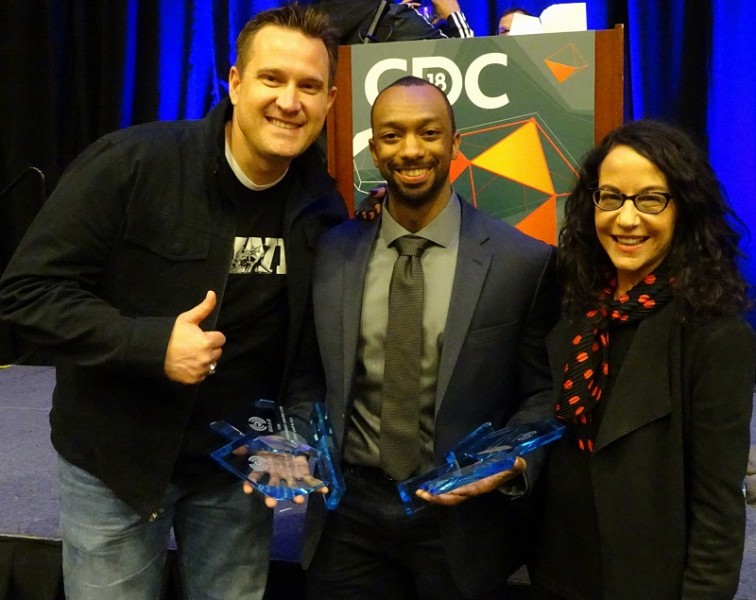 ‘Call of Duty: WWII’ swept the 2018 G.A.N.G. Awards, with composer Wilbert Roget II landing five trophies including Best Original Instrumental (tied), Best Interactive Score, Best Original Soundtrack Album, Music of the Year and Best Game Audio Article. Said Roget of his wins, "It’s a tremendous honor to be recognized by the Game Audio Network Guild, an organization I’ve been a member of for over 12 years. I’m also incredibly proud to have worked with the world-class audio and music teams at Sledgehammer and Sony Interactive Entertainment, as well as the talents at Nashville Music Scoring. Composing for the Call of Duty franchise has been a decade-long dream come true, and I couldn’t be happier with our resulting collaboration.”