Digital Extremes will debut the first Warframe of 2018, Khora, in tandem with Sanctuary Onslaught, a totally new team-based, survival-style game mode in the Beasts of the Sanctuary update this week for the PC version of Warframe. Why is this new worthy on an Xbox One centric site? Well, the content is coming to Xbox One in May. 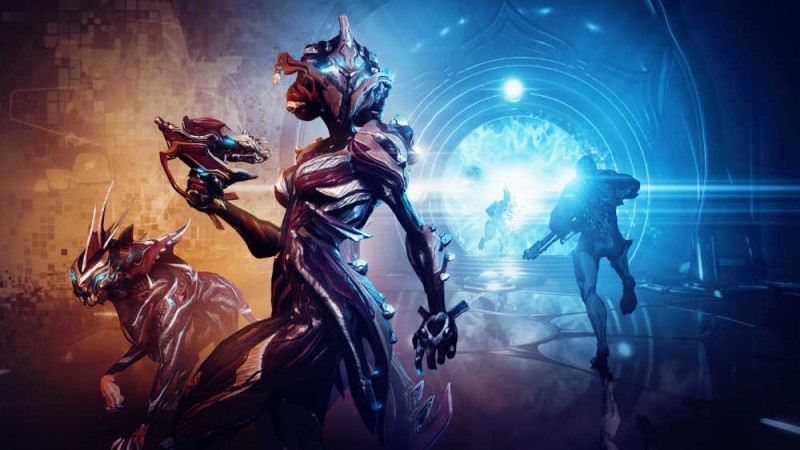 Khora is a versatile dynamo of offensive and defensive power with a unique arsenal of attacks. The stylistically armor-clad Khora wields a snake-like metallic whip that strikes from a distance and commands a metallic Kavat (cat pet) that quickly engulfs enemies in a whirlwind of pain.

The new Sanctuary Onslaught mode, where Khora can be found, enables solo players, or a squad of up to four, to quickly dash through timed portals while blasting waves of increasingly powerful enemies. Both Khora and Sanctuary Onslaught together offer fresh new ways for Tenno to harness Warframe’s cooperative chaos, and both are free with the Beasts of the Sanctuary.

Having debuted during the bi-monthly DevStreams this March, Sanctuary Onslaught is ready for action. This new cooperative and competitive mode challenges players to work together to survive endless waves of Warframe enemies standing in their way of escaping through the next portal. Players must quickly slay enemies en masse while proceeding through uniquely crafted environments to random portals to escape -- and then do it all again, all against the clock!