VR tank shooter Battlezone will blast into new territory very soon! as developer/publisher Rebellion has announced that Battlezone Gold Edition will launch May 1 on Xbox One as it will be fully playable without a VR headset, something which has kind of handicapped the game coming to the Xbox platform.

Originally released as a PlayStation VR launch title, and later for Oculus Rift and HTC Vive, Battlezone is said to offer hours of  futuristic tank warfare in a first-person view. Delivering a procedurally generated campaign for 1-4 players ensuring no two playthroughs are the same, and drop-in, drop-out online co-op play, Battlezone brings back one of gaming’s icons like never before.

The Gold Edition includes the game and ALL the additional content ever released for it. That’s all the tank skins, bobbleheads, and horns, as well as the fantastic Classic Mode based on the original’s iconic 80s arcade cabinet. 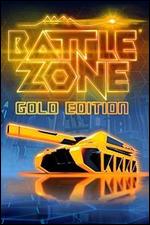