A new new six-degree-of-freedom tunnel shooter from the original creators of the critically-acclaimed 90s classic Descent, will be available will release Q3 2018 on the Xbox One.

As mentioned, it’s from the original creators of Descent. Revival Productions was founded by Matt Toschlog and Mike Kulas, co-founders of legendary Parallax Software.  Revival has created Overload, an FPS that combines the best of classic 6-DOF gameplay found in Descent with the latest in today’s technology.

Descent, developed by Parallax Software and published by Interplay in 1995, received critical acclaim for its 3D six-degree-of-freedom gameplay that combined the best of space flight simulation with FPS experience. Overload offers a Descent-like style of play, but brings the labyrinthine environments to new and vibrant life with updated features, deeper gameplay, and dramatically enhanced graphics. Overload is currently available on PC in Early Access on Steam and it has a user rating of 97%. So, if this is any indication of how the game is being received, at least on PC at this time, then Xbox One owners should be in for a treat.

Here are some of the highlighted Gameplay Features:

Of cour4se we have a trailer for you too, but just remember, the game is currently only on PC, which the trailer is taken from, but it’s very indicitive of what the Xbox One should be like later this year: 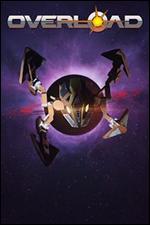