Laser League Coming to Xbox One in May

A new arcade-style multiplayer action sport game is hitting the Xbox One on May 10th, and that game is called Laser League. It is developed by Roll7 and is said to offer up both online and local multiplayer matches with friends.

So, what is the premise of the game?  You will be playing the exhilarating, high-speed contact sport found in the year 2150.  It pits players against the opposition for control of nodes that bathe the arena in deadly lasers. Evading rival colored beams, teams attempt to eliminate their opponents with speed, skill and strategy. Special offensive and defensive abilities, as well as game-changing power-ups on the arena floor, provide an edge at crucial moments. Like all great sports, Laser League is accessible and immediately understandable, but rewards dedication with deceptively complex strategic possibilities.

Following several months in Early Access on Steam, which of course also benefits Xbox One players, Laser League will launch with a wealth of content including:

But wait, we have one more interesting tidbit. Laser League will be available for Xbox Gamepass Members free from the day it launches. 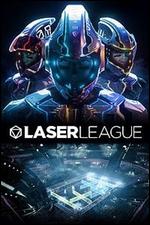